Where does the CKO belong?

I was recently a part of a discussion that asked what section/directorate should the Chief Knowledge Officer (CKO) belong? Here was my response:

Personally I think there is no use for a CKO in any Army organization. Our G-3s (even when manned by DACs) are not COO, our G-8s are not CFOs, and our commanders are not CEOs. I think the term irritates more than a few people. No matter our professions, the Army is led by soldiers who honor the Warrior’s Creed….a corporate mindset seems to be an antithesis to being combat ready (IMHO). I dont doubt their are some requirements for the “functions” a CKO might perform, but lets scuff up the term and call them what they really are. 😉

Speaking of, at least according to our current doctrine, knowledge management is dictated as one of the major functions of the staff. I think many would agree that of the primary six warfighting functions that the KM effort be championed from within the function of Command and Control.

To me the Battle Staff Officer/NCO who are the proponents on staff to facilitate situational understanding and decision-making must not be bogged down in any one WfF, especially in the dynamic and fluid tempo of full-spectrum operations. The Chief, the Deputy, XO or DCOS all might be able to adequately guide the efforts (organization and operationally dependant), and those responsibilities should be spelled out in an organization’s Terms of Reference.

Q#1- What is the best “way ahead” to provide that enduring capability?
Q#2- What is the “value” that demonstrates why the command should either allocate funds and personnel to the CKO or continue to authorize it’s funding.

Doctrinally, a requirement needs to be established. So there is a proponent for Operational Knowledge Management (who is proponents for other flavors?), but no Knowledge Management Capabilities Manager (TCIM). Or maybe it is/should be TICM Mission Command? If so, do they (and the rest of the world) know it?

In the Army it all starts with requirements…has there been an established and documented need for CKO/KMO/BCO/IMO at any levels, and by whom? If so, that is the place to start. If not, you have to ask yourselves if you even “need” resident knowledge management expertise in the Army, and at what costs? KM (ergo CKO positions) needs to be not only required, but a part of the longer-term strategy of the Army to some ultimate goal. I mean even Enterprise Email made it in to the Army Campaign Plan….

It sems to me that for too long KM requirements seem to come from ONS/JUONS, KM efforts manned by BMM and from hide, guided by memoranda and handshakes, and funded via UFRs and supplemental funding. KM has no true champion and it is not tied to a PEG. Without recognition at the most senior levels of such and changes to these facts you might as well count any long-term KM professional presence like CKOs, KMOs, KM Interns and KM Sections as a casualty to the swinging budget axe. If I was the Army G-8 the things I am going to go after first are the areas there are no documented requirements for.
Read more at: https://forums.army.mil/SECURE/CommunityBrowser.aspx?id=1579420&lang=en-US 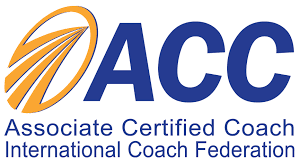